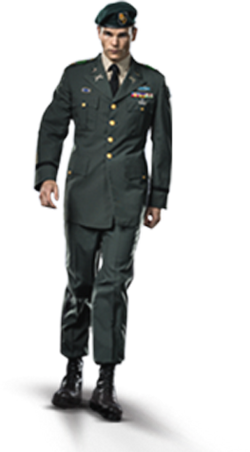 First appearance
Days of Future Past

Stryker recruited Victor Creed and Logan to join Team X after they were discharged by the military when Creed killed a commanding officer. The team existed for an unspecified amount of time, but it is known that in their last mission Stryker tried to learn where adamantium came from. Logan left after Stryker ordered Creed to execute the witnesses. Stryker and Creed continued to work together for years.

After Logan left the Team X project and went back to Canada, Stryker tasked Kayla Silverfox with keeping an eye on him; she only accepted because they were holding her sister Emma hostage. During their six years they resided together in a cabin high in the mountains, she manipulated him into a state of complacency with her mutant power of persuasion, calming him through the nightmares of the past.

Some fifteen years before the Liberty Island incident, Kayla and Victor Creed faked her murder with hydrochlorothiazide for William Stryker so he could trick Logan into participating in his Weapon X project. After Logan was left for dead by Victor, Col. Stryker persuaded Logan to undergo the adamantium bonding process. Logan insisted that he wanted new dog tags that read "Wolverine", in tribute to a story Kayla told him. The process was successful, and Stryker hoped to erase Logan's mind and use him for the XI, but Logan heard this and escaped.

When General Munson tried to shut Weapon X down, Stryker killed him. Stryker also kidnapped mutants and brought them to Three Mile Island in order to pass their abilities onto Weapon XI. The others escaped with Kayla and Kristin and Logan while Logan and Victor battled Deadpool. Weapon XI was defeated, but Stryker shot adamantium bullets into Logan's head, giving him amnesia. He pointed the gun at Kayla, but Kayla used her power of persuasion to order him walk until his feet bled. Stryker unwillingly did so. Later, he was detained for questioning by military police in connection with General Munson's murder.

During the 90s, after dealing with mutants during the whole Cold War and being one of those who blamed Magneto for the assassination of John F. Kennedy, he worked with anyone who was willing to put an end to the mutants. However, as every attempt to exterminate homo superiors during the 20th Century, he failed in doing so.

Retrieved from "https://marvelcomicsfanon.fandom.com/wiki/William_Stryker,_Jr._(Earth-1010)?oldid=139377"
Community content is available under CC-BY-SA unless otherwise noted.