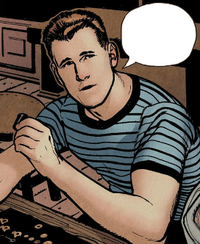 Wilbur "Lee" Junior (Multiverse) is the same Wilbur of the Earth-616 and Earth-2210. He is the same person in these universes because he can travel between realities.

Retrieved from "https://marvelcomicsfanon.fandom.com/wiki/Wilbur_Jr._(Multiverse)?oldid=242956"
Community content is available under CC-BY-SA unless otherwise noted.