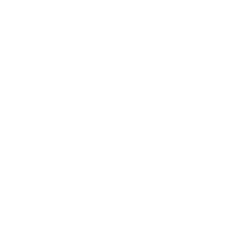 The Watchdogs are a terrorist organization based in the United States. They are a hate group whose activities target people with enhanced abilities, including the Avengers and Inhumans. Their leader, the former S.H.I.E.L.D. agent Felix Blake, developed the Watchdogs' ideology after he was paralyzed from the waist down by Deathlok, a cybernetic assassin working for Hydra. Blake used his previous experience with Nitramene to equip the Watchdogs weapons that fired a Nitramene-based gel.

The Watchdogs gained S.H.I.E.L.D.'s attention after a cell in Indiana destroyed a building owned by the ATCU. Director Phil Coulson immediately suspected Felix Blake's role in the attack due to his work with Nitramene. Coulson sent a team of his agents, including the Inhuman Daisy Johnson, to Indiana to investigate the attack. They eventually cornered this particular cell of the Watchdogs at their headquarters on an old farm. During the attack, the Watchdogs mistakenly attributed Agent Johnson's shockwaves to another agent, Alphonso Mackenzie, and soon afterwards attacked Agent Mackenzie and his brother at his brother's home in Illinois. The Mackenzie brothers were able to fight off these Watchdogs, but this terrorist group was not yet defeated. Felix Blake traded Hydra a nuclear weapon his people retrieved from the ATCU facility for more high-powered weapons with which the Watchdogs would continue to wage war against Inhumans and other super-powered people.

Retrieved from "https://marvelcomicsfanon.fandom.com/wiki/Watchdogs_(Earth-1010)?oldid=191662"
Community content is available under CC-BY-SA unless otherwise noted.