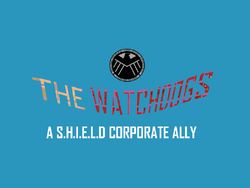 On October 7th, 1973, Baron Zenodo, a young Sonderkommando working in the Auschwitz HYDRA concentration camp, organizes a revolt when he discovers that HYDRA was actually a terrorist organization for the Nazis who caused mutiny with him by recruiting him for his unexplainable talents and bioweaponics technology. During the revolt, HYDRA agent, Jax Armshold discovers Zenodo`s plans and reports it to the council which they are totally enraged at. Unable to organize the revolution, he ditches the programme, and flees to countryside with the HYDRA agents at their level best trying to track him as they knew he would create somewhat an unique masterpiece to destroy the HYDRA Agencies for his divine intelligence. Instead of taking further actions for HYDRA who have used his weapons for dishonor, injustice and propaganda, he has a shrinking sensation that for him, his weapons were created and those are now used as impeccable weapons of mass destruction, those were; the Atom Tanks and the Atom Manipulation Cybernetics and five more atomic weapons which will can cause the deaths of billions. Trying to get over his guilt and remorse, he creates documents, files and a thoroughly noted biography about HYDRA`s most untouchable and confidential plans and tasks in the future and delivers it to the S.H.I.E.L.D Hellicarriers. When Magdus D. Pack, in that time, the Commander of the S.H.I.E.L.D receives the files and as he comes to the near conclusions of the data, he finds a letter inside from Zenodo inscribed that since he is going to die soon by HYDRA forces, he wants S.H.I.E.L.D to create a squadron of defenders who can save the lives of the billions from threats like he created and threats that will arouse not for him, not for his missions but from their obnoxious ethical morale and this shows the true hero inside Zenodo. In approximately, 9th October, at 9:38 pm, December 30th, Zenodo was assasinated by HYDRA emmisary, Narmox Handtzvich before S.H.I.E.L.D agents could ever track him and rescue him. In honor of him, in December 30th, 2014, at 9:38, Spider-Man, Wolverine, Thor, Captain Marvel and Spider-Woman were originally elected and contracted to volunteer in the Zenodo Campaign, in the squadron, Zenodo always wanted. Shortly afterwards, the squadron naming themselves the Watchdogs, had been activated and was the counterpart of the Avengers after their fallout in a schism battle, a very short existing, Civil War. Now, the expansion of the squadron is continuing, having recruited more heroes.

The Watchdogs was initially based on the campaign of Zenodo. The Watchdogs are now enacted as a counterpart of the Avengers who had faced schism and is also designated on Zenodo`s will of defending the lives of all.

Retrieved from "https://marvelcomicsfanon.fandom.com/wiki/Watchdogs_(Apocalypse_Universe)?oldid=166397"
Community content is available under CC-BY-SA unless otherwise noted.