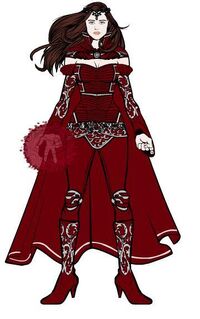 Scarlet Witch possesses the strength of a normal human female who engages in intensive regular exercise. Through sorcery, she can increase her strength to unknown levels.