Hello. Today, I just wanted to reveal to you guys that I actually have not one, but TWO movie projects being planned right now. When the movies will actually get made is unknown for now, because I need to come up with an actual story for both of them, and I want to get it just right. So, here are my 2 projects that are currently in the planning stages:

I don't know how many hardcore Marvel fans actually like this show. I'm not sure, but I personally am one of them. Mainly because personally, to me, I find the premise of the show to be REALLY creative for this character. This movie I kind of have a good idea for what I want the plot to be. It's mostly going to follow the show. The Hulk trying to prove to a fearful world that he's more than just a mindless raging beast using a web-series that was being created by his friend Rick, who later becomes A-Bomb, and all the while forming a team with other Hulks to save the world from threats too great for any other superhero to handle.

So, as I said, it's mostly going to follow the premise of the show, although with some diffrences. For example, The Thing (Ben Grimm) will be added to Hulk's Agents of SMASH. Because to be honest, I'm surprised they didn't add him as a member in the actual show. 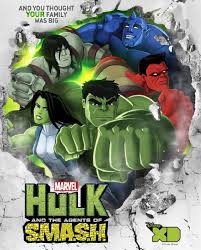 Yes, that's right. After years of making cameos in many Marvel Movies, Stan Lee is finally getting a rag-tag superhero team of his own. This superhero-comedy adventure will feature Stan Lee playing himself, as he forms a superhero team to stop a dangerous alien invader from eradicating man-kind.

Now, with this one, unlike Agents of SMASH, I'm having a tad bit of difficulty coming up with a plot for this, since is going to be based off Stan Lee himself and not any actual Marvel superheroes. Feel free to add suggestions if you want. 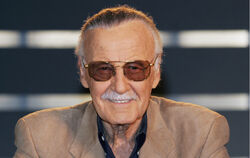 I'm not sure when either of these projects will start being put into production, but hopefully soon.

Retrieved from "https://marvelcomicsfanon.fandom.com/wiki/User_blog:Cloverfield_monster/My_Upcoming_Projects?oldid=80270"
Community content is available under CC-BY-SA unless otherwise noted.