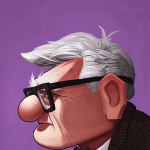 What Moms Think of Marvel:

What Dads Think of Marvel:

"Wait What? I Slept Through The Whole Movie!"

What Marvel Really Is:

Marvel started in 1939 as Timely Publications, and by the early 1950s had generally become known as Atlas Comics. Marvel's modern incarnation dates from 1961, the year that the company launched The Fantastic Four and other superhero titles created by Stan Lee,Jack Kirby, Steve Ditko, and many others.

Of My Most Liked Superhero: Spider-Man.

A masterpiece truly divine by Stan Lee. Exceptional and special

from other heroes. He is truly an example of a mordern HERO.

He is perhaps the greatest Hero of all time from my perspective.

What Dads Think Of Him:

I`m a perfectly normal guy on the right side.... or SO.

I like Anime and Football and my pet cat Tiramisu.

If you have these qualities, you are a stalker, dude. No offense!

Retrieved from "https://marvelcomicsfanon.fandom.com/wiki/User:TrojanPanda?oldid=57399"
Community content is available under CC-BY-SA unless otherwise noted.