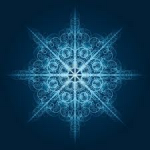 Hi there and welcome to my little place on the Marvel Fanon! I am somewhat new here but I have been an on and off again fan of Marvel since I was a little kid, starting with the X-men: The Animated Series back in the '90s. I virtually almost lost interest in the Marvel franchise back sometime after X-men: Evolution ended and only got that spark back almost two years ago thanks to an old friend of mine. Thus I have since rekindled my loving of Marvel and recently have been able to get into some of the comics, though I only have a handful of them.

My liking for Marvel began back when I was roughly around 4-5 years of age when I began watching the X-men: The Animated Series cartoon back on Fox Kids, which I still think to this day was the best ever made. For a brief time I didn't watch much of anything related to Marvel until X-men: Evolution came out and that was the series I was able to watch fully. But it became my third favorite when a close friend of mine informed me of the short lived Wolverine and the X-men which I loved, and like many fans wish it had continued.

After this I began seeking to learn more about the comics side of Marvel and got most of my information from Wikipedia or Marvel.com, until I came across the Marvel Comics Database which proved to be far more helpful. Since then I've generally used that as my main source to know about the comic versions of famous and less famous Marvel characters and have been involved in Marvel role plays for some time now. Leading from this I have watched just about every other recent Marvel cartoons and such that have come out and the marvel Cinemas Universe movies.

Today I have begun working to read the comics and have managed to get my hands on a few of the older versions and some newer ones alike. Thus far some of that I have read deal with X-factor, Generation X, and the Avengers vs. X-men event collection comic.

People here will likely best know me for my next generation stories, usually with OC-like characters. I much prefer making my own characters when it comes to my universes and occasionally have a canon or two among them, though very rarely will I actually use canons as my main focus. I love exploring new generation stories, sometimes in combination of "What Ifs" here and there. These are my universes and their stories so far:

Note:Currently the stories I have made are being redeveloped or rewritten due to having second thoughts on my first ones. New chapters and such will come in the near future after this.

Retrieved from "https://marvelcomicsfanon.fandom.com/wiki/User:Rinilya94?oldid=132707"
Community content is available under CC-BY-SA unless otherwise noted.