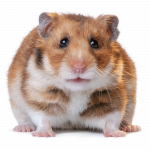 aka The Hero of (Insert Place Here)

Welcome to my user page, fellas!

Greetings, users, anons, and readers of this little profile page! I am Jacky 50A! I'm not exactly the most prolific or awesome writer, but I do have quite some fun in participating in this wiki. Yeah, I know I've made many abandoned works, but hey, a guy can only dream, right? I really like crossovers and team-ups which is why I've tried to make lots of 'em around this wiki. I still aim to make the ultimate Marvel crossover here, and while it is highly impossible due to my current circumstances, dreams don't die!

(Relevant) Facts About Me

Retrieved from "https://marvelcomicsfanon.fandom.com/wiki/User:Jacky_50A?oldid=238140"
Community content is available under CC-BY-SA unless otherwise noted.