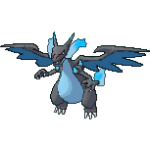 My own idea for a Marvel Comics series, though they'll all take place in a "shared" universe with characters from various continuities and franchises. This is my personal canon, also known as "Earth-16196".

S.H.I.E.L.D. (an acronym for Strategic Homeland Intervention, Enforcement and Logistics Division) is an espionage and law-enforcement agency. It's capital ship is a heavily modified aircraft carrier called the Hellicarrier (numbered 64), one of which also serves as Nick Fury's base of operations. S.H.I.E.L.D.'s primary headquarters is at the Triskelion. The S.S.R. (Strategic Scientific Reserve), formerly a top secret Allied way agency during World War II, now serves as the scientific division of S.H.I.E.L.D.

S.T.R.I.K.E. (an acronym for Special Tactical Reserve for International Key Emergencies) is a subdivision of S.H.I.E.L.D.

S.W.O.R.D. (an acronym for Sentient World Observation and Response Department) is a subdivision of S.H.I.E.L.D.

A.R.M.O.R. (an acronym for Alternate Reality Monitering and Operational Response Agency) is a division of S.H.I.E.L.D. at the Hub.

EuroM.I.N.D. (an acronym for European Monitering Investigation and ENforcement Division) is a division of S.H.I.E.L.D. at the Hub.

The Avengers are among Earth's mightiest heroes. They first came together when Loki first brought the Chitauri to Earth.

The X-Men are based at the Xavier's School for Gifted Youngsters.

The Fantastic Four are four humans who received their powers after being exposed to a cosmic storm.

The Guardians of the Galaxy are a team of misfits from space who joined together as a team.

The Defenders are a group of street-based superheroes who operate in the neighborhood of Hell's Kitchen in New York City.

The Inhumans are a race of superhumans created by the Kree.

Big Hero 6 are a team of young superheroes.

Ruled by the people of the planet of Xandar, other races that inhabitant its government are the Krylorians and the Rainers.

The Nova Corps are the planet Xandar's military force.

Stark Industries is a multinational industrial company handed down to Tony Stark, by his father, Howard Stark.

AccuTech is a subsidiary of Stark Industries, based in California.

AccuTech developed the Haz-Tek Exoskeleton, based in part on the designs of the Iron Man Armor: Mark IV.

Stark-Fujikawa is a subsidiary of Stark Industries based out of Japan.

Stark-Fujikawa developed the Hands Up Display (or "HUD") technology utilized by Iron Man in the helmet of his armor.

Cordco is a subsidiary of Stark Industries based out of Australia.

Pym Technologies is a biochemical company led by Henry Pym.

In 1963, Henry Pym created a serum that could shrink a human being to the size of an ant, yet maintain his original strength. Unfortunately, an accident occurred that killed his wife, Janet van Dyne.

The Roxxon Oil Corporation is one of the world's largest conglomerates.

The Asgardians are the inhabitants of Asgard. They are a race of human-like beings possessing a highly advanced form of technology resembling magic and sorcery, which their entire civilization is built up by. They are ruled by Odin, and seek to keep the peace between the Nine Realms of Yggdrasil. They are a brave and a powerful warrior race whose passion for adventure is their religion, but their isolationist society condemns them willingly to only the Nine Realms, making appearances from the Asgardians beyond Yggdrasil quite rare. Like the Vikings of Earth/Midgard, they believe that the only way to gain access into Valhalla (heaven) is to die in a glorious battle.

Yashida Zaibatsu is a technology development company that was formed at some point after World War II by Mariko Yashida's grandfather.

The Illuminati is a mysterious secret society that manipulates the world behind the scenes.

The Cosmic Entities are a group of cosmic beings responsible for the creation of the Infinity Stones.

The Celestials are beings of energy encased in armor composed of vibranium, a metal with properties that prevent their dissipation.

The Ravagers are an interstellar group of thieves, smugglers and pirates. They are notable across the galaxy for their crimes and red uniforms. They are allies of the Guardians of the Galaxy.

H.Y.D.R.A. is a terrorist-military organization bent on world domination that was founded shortly after the rise of Nazism in Germany as the scientific branch of the Nazi Schnutzstaffel.

The Red Room is a top secret Soviet brainwashing and training program. The program takes young women and turns them into the world's deadliest and most elite assassins.

The Hellfire Club is exclusive secret society that worships the Phoenix Force.

The Ten Rings is a terrorist group led by the Mandarin, dedicated to destroying world peace by any means necessary. They operate mostly in Afghanistan.

The Hulkbusters are a unit of the United States Armed Forces under General Ross's command to capture and defeat the Hulk.

Hammer Industries is run by Justin Hammer, it is a weapons manufacturing company.

Actually called Jotuns, the Frost Giants are the inhabitants of Jotunheim.

The Kree are a scientifically and technologically advanced militaristic race of blue-skinned aliens from the planet Hala.

A.I.M. (shory for Advanced Idea Mechanics) is the organization created by Aldrich Killian.

The Dark Elves are one of the oldest known species in the universe, hailing from the obscure realm of Svartalfheim. They are mortal enemies of the Asgardians.

The Sinister Six are a group of villains who share a hatred for Spider-Man of the Avengers.

Cross Technological Enterprises is a multination industrial company run by Darren Cross. It is a rival of Stark Industries. Originally owned by Henry Pym, it was taken over by Darren Cross.

Pym hired Scott Lang to break into the facility to steal the Ant-Man suit and return it to him.

The Tivan Group is a prestigious and notoriously powerful group in the criminal underworld of the galactic community. Responsible for the founding of Knowhere, the Group is considerably wealthy and are often the source of exponential contributions to the galaxy's criminal element. Taneleer Tivan, the infamous Collector, controls the group.

Known items in Tivan's collection are:

The Slicing Talons are a team of villains created by Mister Hyde from people on S.H.I.E.L.D.'s Index.

The Norse Paganists were a hate group based out of Norway, obsessed with anything to do with Asgardian mythology.

Honey Lemon
Add a photo to this gallery
Retrieved from "https://marvelcomicsfanon.fandom.com/wiki/User:ChipmunkRaccoon?oldid=238130"
Community content is available under CC-BY-SA unless otherwise noted.