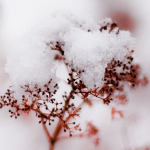 I began writing stories when I was five and I've written hundreds of stories and story fragments. What I've written has ranged across many genres, formats, styles, and levels of quality. (A lot of the stuff I wrote when I was five reads like it was written by a five year old but hey, it was still good practice).

Most of what I've written has been original creations of mine. I generally don't do fan fiction. I create everything myself from characters to entire worlds. My superhero stories are ones that maybe someday could be published officially within the Marvel Universe. Getting published in Marvel is not my highest priority but I do keep my stories flexible because of the dream of possibly writing for Marvel.

My superhero stories fall into four main groups: Omniteam, The Young Magistrate, Gavin, and Revolver. Then to make my stories fit within the Marvel Universe, I created Earth 49996. I'm a big fan of Spiderman, Cloak and Dagger, Power Pack, Shadowcat, Nightcrawler, and Cypher and wish to have crossovers between my stories and those. I also had to deal with some other major Marvel Characters simply because they were too important to ignore. So I had to create the Earth 49996 versions of each but this still doesn't count as fan fiction because I don't want to write their stories, I simply would like to collaborate with their writers.

I've decided to turn this page into a guide for all of my superhero writing.

I don't want to define the history of Earth 49996 in detail yet because I want to stay flexible. So instead of a timeline, I'm going to summarize each groups story.

Omniteam (Earth-49996) One of the games I used to play was that as I watched or read a story I asked myself if I were part of that story who would I be. So watching G.I. Joe, I came up with a character or watching Misfits of Science, I came up with a character. When I was a teenager I decided I had enough of creating characters for other stories so I gathered several of these characters together and created my own story.

It was rough at first and several of the characters had to be changed to make them fit. I even had to merge two characters together into one character. But eventually, after rewriting and rewriting, I created a story that makes sense of how these different characters came together to form a team. I still struggle with what to name the team. Omniteam seems to fit because they are a little bit of everything.

When they work together as a team they can accomplish great things but getting them to work together can be difficult. However, none of them is powerful enough to accomplish much alone. It's their synergy that makes them successful.

This is the official roster of the group.

These frequently work with the team but are not official members of the team.

These are often antagonists but they are sometimes allies.

These are cult leaders that convince people that they are angels preparing the world for the apocalypse.

These are aliens from a planet where everyone is a mutant but gang warfare has become rampant.

Nebulae and the Constellations

These are members of a club that mostly just throw parties but individual members of the club may let their partying get out of control.

Other Articles Related to Omniteam

The Young Magistrate (Earth-49996) An ordinary teenager was suddenly granted God-like powers and now he has to learn how to use those powers responsibly.

On the Edge of the Milky Way, a conflict has erupted around a tear in the fabric of space time that is allowing a deadly plague to infect nearby planets. I don't have much plans for this story but I have had Gavin and his crew make cameo appearances in Omniteam storylines. Specifically, Doc (Earth-49996) learns all his medical brilliance while serving on Gavin's crew.

This is the least likely story for me to write partially because of copyright issues. This story was inspired by a book, "The Revolving Boy" and although I added so much new stuff that it is now an original story, I still don't want to risk copyright infringement.

However, the planets of Zoa and Tia are completely my own creation and do not come from the book and so I include these planets in Earth 49996. They also play parts in my other stories as some of the technology of Omniteam comes from these planets and Gavin's crew has had trade negotiations with these planets.

Retrieved from "https://marvelcomicsfanon.fandom.com/wiki/User:Bejjinks?oldid=51228"
Community content is available under CC-BY-SA unless otherwise noted.