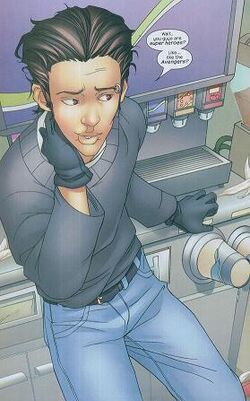 The One Who Fathered Us, Toph
Identity

Topher's origin is the same as that of his Earth-616's counterpart.

Vampirism: Topher, like all other vampires, was capable of transforming an individual into a vampire by biting them. A special enzyme found only within vampire saliva is responsible for this transformation. After draining all of the blood from a victim, the victim enters a death-like state and returns to life three days later.

Retrieved from "https://marvelcomicsfanon.fandom.com/wiki/Topher_(Earth-1010)?oldid=220740"
Community content is available under CC-BY-SA unless otherwise noted.