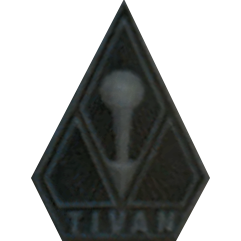 The Tivan Group is a corporation that operates a mining colony in Knowhere, the head of an ancient Celestial drifting through space. The head of the organization is Taneleer Tivan, also known as "the Collector" due to the massive archive of the galaxy's oddities he maintains. Among the items in his archive include the dog Cosmo, Howard the Duck, at least one Dark Elf, and an Infinity Stone called the Aether, the latter of which was entrusted to him by the Asgardians so they would not have two of the Stones in their control.

Tivan almost came into possession of a second Infinity Stone when Gamora arranged to sell it to him so it could not fall into the hands of her adoptive father Thanos, who promised the Kree radical Ronan to destroy the planet Xandar if he could retrieve it for him. Moments before he could complete the transaction, the Collector's slave Carina grabbed the Stone hoping to free herself, but only managed to ruin her master's collection and destroy herself in the process.

Retrieved from "https://marvelcomicsfanon.fandom.com/wiki/Tivan_Group_(Earth-1010)?oldid=101966"
Community content is available under CC-BY-SA unless otherwise noted.