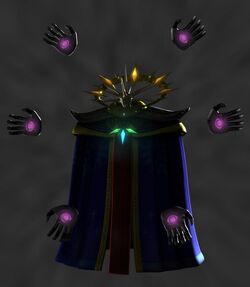 Gallery
Name
Time Gods
Universe
Earth-5680
Base Of Operations
Cybertron
Chronon
BodyType
Humanoid
Beast
Eyes
Various
Hair
Various (Organic-Form Only)
Skin
Various (Organic-Form Only)
Number of Limbs
4
Number of Fingers
5
Origin
Origin
The Time Gods were created just after the Time Lords by an ancient relic called the Potency Cube, to which created the first Time God called Primus who fought his twin cousin, Apocalypse for aeons. Over the course of their relentless battle, Primus then decided to create the first 13 Primes with immensely powerful weaponry, and was able to defeat, and cast Apocalypse away. Soon after, Primus used the Potency Cube to create a metallic planet called Cybertron. Despite this, Time Gods are still considered a Chrononian race, and with, the rank of Prime was used throughout all three Chrononian race as a title of leadership, respect, and a highly powerful individual.
HomePlanet
Cybertron
Chronon
Creators
AtlantisUchiha
First appearance
Unknown

Time Gods are the highest ranks in Time Lord society. Obtaining abilities and powers that ascends them into godhood, or similar manner, they are able to manipulate space and time to almost with the capacity of altering the Flow of Time in existence.

However, due to the Time War, and the destruction of Earth-5680, all Time Lords perished with it.

(Other abilities be vary depending on character, these abilities only show what the entire race possess)

Time Gods possesses strength that is far greater then that of the Time Lords, but van also vary

Retrieved from "https://marvelcomicsfanon.fandom.com/wiki/Time_God_(Earth-5680)?oldid=184843"
Community content is available under CC-BY-SA unless otherwise noted.