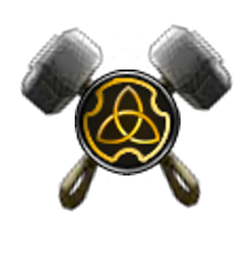 Thor Odinson, after realizing the different realms needed help too, he created a team which consisted of Beta Ray Bill, Thor Girl and himself, and each of them had some realms under their protection: Thor had Midgard, Asgard and Vanaheim, Beta Ray Bill had Alfheim, Svartalfheim and Jotunheim and Thor Girl had Muspelheim, Nidavellir and Niffleheim.

During Ragnarok, Wiccan and Storm joined the team due to their abilities.

Equipment: None known.
Transportation: None known.
Weapons: Each member of the Thor Corps had their own personal version of Thor's original warhammer, Mjolnir, Beta Ray Bill had Stormbreaker and Thor Girl had Tarene's Hammer.

Retrieved from "https://marvelcomicsfanon.fandom.com/wiki/Thor_Corps_(Earth-1010)?oldid=104750"
Community content is available under CC-BY-SA unless otherwise noted.