The Spectacular Spider-Man is an American superhero movie based on the character created by Stan Lee and Steve Ditko. It was written by Max Carroll, and is the sixteenth entry into the Community MCU Reboot, and a direct sequel to Spider-Man and The Amazing Spider-Man. The film stars Dylan O' Brian as Peter Parker/Spider-Man, Shailene Woodley as Felicia Hardy, Hayden Christensen as Harry Osborn, Damon Wayans as Mac Gargan/Scorpion, and Gary Oldman as J. Jonah Jameson. The film also serves as the unofficial pilot episode of Scarlet Spider, a TV series set in the CMCUR.

The film opens up with a shot in the Amazon Rainforest. A tarantula is walking across the floor of the rainforest back to it’s burrow when it senses a predator nearby. The tarantula then takes a defensive stance, but the predator moves to another bush. Eventually, the tarantula is stabbed in the abdomen by a scorpion, which proceeds to devour the tarantula’s body.

Roll credits and title (With this playing)

In New York City, 3 years have passed since Peter Parker became the masked vigilante known as Spider-Man. The hero, while popular amongst the general public, has grown even more controversial. His appearance at the destruction of the Statue of Liberty during his battle with the Vulture has caused a lot of police forces to lose trust in the hero. J. Jonah Jameson in particular has gone on a full-blown anti-Spider-Man campaign, stating that the wall-crawler and the Vulture were working together. In the meantime, Peter and his girlfriend, Felicia Hardy, are about to graduate from high school and go into college. Meanwhile, Jameson, already angered with Spider-Man enough, has grown suspicious of Peter, due to his excellent pictures of the wall-crawler. Jameson, in spite of protest from Daily Bugle staff like Robbie Robertson and Betty Brant, stubbornly hires private eye investigator Mac Gargan to spy on Peter Parker and discover his secret as to how he takes fantastic Spider-Man pictures. However, when Gargan loses track of Peter Parker while following him home from school, Jameson decides to take matters into his own hands. He hires Farley Stillwell, current head of Horizon Labs and a former Empire State University geneticist, to turn Mac into a weapon to use against Spider-Man. Stillwell, utilizing the genetic code of a scorpion, the natural predator of a spider, transforms Mac into an animal-based super soldier, complete with a green battlesuit with a long, powerful tail. Jameson then sends Gargan to destroy Spider-Man.

In the city, Spider-Man is getting finished with taking care of a hostage situation at the First National Bank when he hears a cry for help. Upon arriving, however, he soon finds it to be a radio recording. While investigating, Spider-Man is attacked from behind by the Scorpion. The two engage in battle, with the Scorpion gaining the upper hand very quickly. Eventually, the Scorpion throws an unconscious Spider-Man over the side of a building and into a dumpster. However, the Scorpion soon begins to undergo a mutagenic change when his body grows to be twice the size of a normal human and his skin turns to a light shade of green. He goes to Horizon Labs and tries to get Stillwell to develop a cure, but Stillwell informs Gargan that a cure is impossible. Enraged, the Scorpion goes insane and rampages through the streets. Spider-Man confronts and battles the Scorpion to a standstill. Eventually, the Scorpion manages to escape when he starts a fire at an apartment building, forcing Spider-Man to abandon the battle and go help.

Days later, Gargan, sitting in his apartment, and back to normal size, ponders who to blame for the stripping of his humanity. he eventually realizes that Jameson was the one to blame, as it was he who forced Gargan into the experiment. With this revelation in mind, Gargan attacks the Daily Bugle and confronts Jameson, calling him a "greedy, racist, bigot!" Spider-Man arrives and battles the Scorpion out of the Bugle's offices. Eventually, the Scorpion manages to get leverage over Spider-Man by taking a small child hostage. Spider-Man then manages to distract the Scorpion by hitting him with a manhole cover. Spider-Man and the Scorpion then take their battle underwater, where the Scorpion begins to transform again. Spider-Man manages to make it back to land and hide from the Scorpion, who passes out just as he makes onto the dock and returns to his normal size. Spider-Man then rushes Gargan to the hospital, where the staff then reveal that the Gargan passed out because of continued strain on his heart as a result of his transformations. Spider-Man returns to the Bugle's offices and warns Jameson to call off his smear campaign, informing him about Gargan's condition. As Spider-Man leaves, Jameson sits at his desk in guilt.

Spider-Man then arrives home to Forest Hills and is about to change into his civilian clothes when Felicia appears behind him, seeing Peter change out of his tattered and torn Spider-Man costume. Felicia then embraces Peter, sobbing into his chest, now knowing that her boyfriend is Spider-Man. After Peter tells Felicia that it would be alright, the two kiss. The following evening, Peter, in a repaired Spider-Man costume, sits on top of a gargoyle in the city and ponders his career as a superhero and believes that he should give up, but then reminds himself that he was doing this for Felicia, for Aunt May, and for Uncle Ben. A siren then sounds in the distance, prompting Peter to pull his mask back over his face and swing into action, remembering his uncle's words about power and responsibility.

In a post-credits scene, at the site of Spider-Man and the Scorpion's battle, a man in a hoodie picks up a portion of Spider-Man's blood that had been spilled onto a car with a paper towel, murmuring that "this will hold the key" just as he disappears into the shadows. 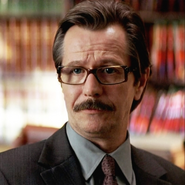 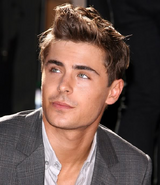 Farley Stillwell
Add a photo to this gallery

Retrieved from "https://marvelcomicsfanon.fandom.com/wiki/The_Spectacular_Spider-Man_(Community_MCU_Reboot)?oldid=234637"
Community content is available under CC-BY-SA unless otherwise noted.