"Everyone has their own definition of justice."

The Punisher is a television series based on the Marvel Comics charater of the same name. It stars Frank Grillo as Frank Castle / The Punisher, Lina Esco as Lynn Michaels, Tyler Jacob Moore as Martin Soap, Cameron Britton as David Lieberman / MicroChip, and Jordana Brewster as Maria Castle. It is the second installment in the Marvel Knights Shared TV Universe.

Season 1 premiered in December, 2017, and consisted of thirteen 42-45 minute episodes. Season 1 stars Frank Grillo as Frank Castle / The Punisher, a former DEA agent whose wife and children were killed by drug dealers seeking revenge. Frank went on a killing spree, murdering all of the drug dealers except for the man named "Hammerhead." Now, Frank is laying low, moving into an apartment building in New York and plotting out his takedown not only of Hammerhead and his remaining associates, but an entire corrupt police force, with help from the expert hacker MicroChip, played by Cameron Britton. The season takes some inspiration from the Garth Ennis story "Welcome Back, Frank." 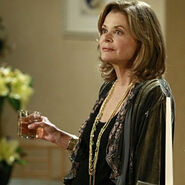 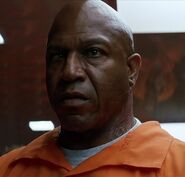 Daredevil
Add a photo to this gallery
Retrieved from "https://marvelcomicsfanon.fandom.com/wiki/The_Punisher_(Marvel_Knights_TV)?oldid=225923"
Community content is available under CC-BY-SA unless otherwise noted.