Start a Wiki
Dark Webs is a live action television series based on Marvel comic book superhero, Spider-Man. Stars include of Andrew Garfield as Peter Parker, Emma Stone as Gwen Stacy, Sally Field as Aunt May and Shailene Woodley as Mary Jane Watson. The series is based on the reboot of the Spider-Man franchise.

Each season contains of mixed episodes worth of 35 minutes.

After studying Richard's papers, Peter visits the one-armed Connors, reveals he is Richard Parker's son and gives Connors his father's "decay rate algorithm", the missing piece in Connors' experiments on regenerating limbs. Connors is being pressed by his superior, Dr. Ratha, to devise a cure for the dying (but unseen) head of Oscorp, Norman Osborn. In school, Peter gets into trouble after a basketball challenge with Flash in which Peter accidentally shatters the backboard glass. Uncle Ben changes work shifts to meet with the principal and asks Peter to replace him walking home with Aunt May that night. Peter gets distracted and helps Connors regenerate the limb of a laboratory mouse. Peter returns home late, having forgotten to pick up Aunt May, leading to an argument with Ben that prompts Peter to storm out. At a nearby deli, a cashier refuses to let Peter buy a chocolate milk since Peter is two cents short; when a thief suddenly raids the store, Peter indifferently observes. While searching for Peter, Uncle Ben attempts to stop the thief and is killed. The thief escapes as Peter finds Ben on the sidewalk.

Afterward, Peter uses his new abilities to hunt criminals matching the killer's description. After a fall lands him inside an abandoned gym, a luchador-wrestling poster inspires him to create a mask to hide his identity. He adds a spandex suit and builds mechanical devices to attach to his wrists to shoot a biocable "web". Then with listening to one motivation speech of Uncle Ben, he learns that with great power comes great responsibility and adapts the persona of Spider-Man.

After seeing success with the mouse using lizard DNA, Ratha demands Connors begin human trials immediately if Osborn is to survive. Connors refuses to rush the drug-testing procedure and put innocent people at risk. Ratha fires Connors and decides to test Connors' serum at a VA hospital under the guise of a flu shot. In an act of desperation, Connors tries the formula on himself. After passing out, he awakens to find his missing arm has regenerated. Discovering that Ratha is on his way to the VA hospital, Connors, whose skin is turning green and scaly, goes to intercept him. By the time he gets to the Williamsburg Bridge Connors has become a violent hybrid of lizard and man, tossing cars, including Ratha's, over the side of the bridge. Peter, now calling himself Spider-Man, snatches each falling car with his web-lines.

Spider-Man suspects Connors is the Lizard and unsuccessfully confronts the creature in the sewers. The Lizard learns Spider-Man's real identity via the name on an abandoned camera and follows Peter to school where they fight. In response, the police start a manhunt for both Spider-Man and the Lizard. The police corner Spider-Man and Captain Stacy discovers that he is really Peter. The Lizard plans to make all humans lizard-like by releasing a chemical cloud from Oscorp's tower, to eliminate the weaknesses he believes plague humanity. Spider-Man confronts and battles the Lizard on the roof of Oscorp Tower. 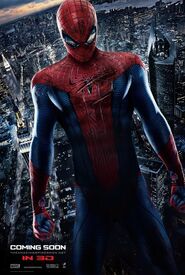 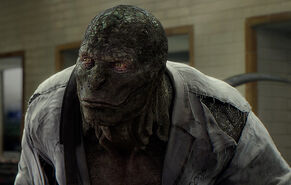 Peter's childhood friend, Harry Osborn, returns to Manhattan to see his terminally ill father, Norman, CEO of OsCorp. Norman explains his illness is hereditary and Harry is at the age where it first develops. He gives Harry a small device he claims contains his life's work. The next day, Norman dies and Harry is appointed the new OsCorp CEO. He accuses the OsCorp board of trying to wrest control from the Osborns, as they have been privy to Norman's secret biogenetic projects for foreign military powers.

Thinking they have become "best friends", Max idolizes Spider-Man. While tending to maintenance in an OsCorp laboratory, he gets electrocuted and falls into a tank of genetically modified electric eels. They mutate him into a living electric generator.

Harry's illness begins to show, and he deduces Spider-Man's blood will save him, later asking Peter to find Spider-Man. Peter attempts to dissuade him, unsure of what effects the transfusion would have, and, although he does come to Harry as Spider-Man, he still refuses; Harry begins to hate Spider-Man. 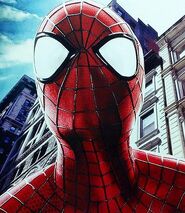 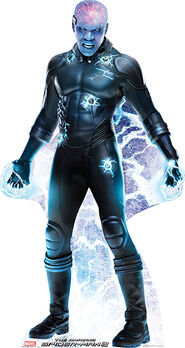 ​In a post credits scene, Harry goes to the Ongoing Sinister Six Headquarter Records Department, and sees that there were no files of six recruited hitmen at all and realizes that the Gentleman is up to something and decides to act normal with him and to secretly find out who he really is. 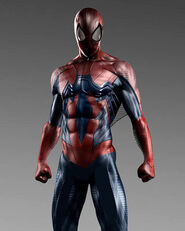 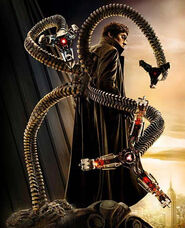 ​I Spy Spider-Man: Spider-Man confronts a mysterious crime persona claims to be known as The Chameleon, a person who can shapeshift into any person as a camoflauge and deduces that the man is spying him. Meanwhile, Harry after several research discovers that the Chameleon is working under the Gentleman and there is no official in charge of the Sinister Six Project and demands protocol to use the remaining 4 members to attack Spider-Man at once but Harry falls asick and is now in the state of dying unlike Norman who could at least survive throughout aging his hereditary state is worse than Norman`s.

Harry demands a cure instantly and the Gentleman takes control of Oscorp meanwhile.

​In a post credits scene, a mind controlled Curtis Connors transmutated into the Second Chameleon disguises as a veteran soldier and enters the American Army Headquarters and secretly steals the Six Symbiote Packets. 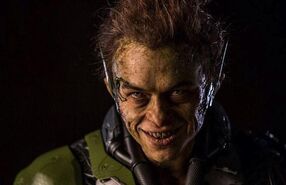 Each episodes in THIS season is of 2 hours.

Season 6: Mysterio And The Shattered Dimensions

Retrieved from "https://marvelcomicsfanon.fandom.com/wiki/The_Bewildering_Spider-Man?oldid=225200"
Community content is available under CC-BY-SA unless otherwise noted.