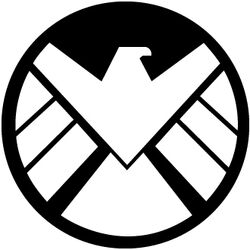 After Captain America's sacrifice helping the Allies win the war, the world entered an age of peace. Once the war was over, the United States funded a secret organisation based on protecting the world from Enhanced and Mutant threats called the Strategic Homeland Intervention, Enforcement and Logistics Division (S.H.I.E.L.D.).

S.H.I.E.L.D. was first led by General Thaddeus "Thunderbolt" Ross and is controlled entirely by the United States. During the Gulf War, the Weapon X Project, headed by Colonel John Wraith, was sanctioned by S.H.I.E.L.D. and resulted in the creation of Wolverine.

After Ross stepped down as director, Nick Fury was then selected as S.H.I.E.L.D.'s newest director. His first actions were to shut down Weapon X and resurrect the Super-Soldier program, commissioning Dr. Bruce Banner to try to recreate the formula that made Captain America. This failed and resulted in the creation of the Hulk when Banner injected his serum into himself and was exposed to gamma rays.

S.H.I.E.L.D. later created its own superhero team, the Avengers. Later still, it brought the Fantastic Four, Daredevil, X-Men and Spider-Man under S.H.I.E.L.D. jurisdiction. In further in upholding its agenda on policing post-human threats, the organization maintains ties to a sister organization in Europe, the European Defense Initiative as well as the English-operated S.T.R.I.K.E.

Retrieved from "https://marvelcomicsfanon.fandom.com/wiki/Strategic_Homeland_Intervention,_Enforcement_and_Logistics_Division_(Earth-1111)?oldid=162636"
Community content is available under CC-BY-SA unless otherwise noted.