Spider-Man Evolution is a comic book series that taking place on Earth-9900. Peter Parker gains spider powers after a radioactive spider bites him on a field at his family company, Parker Industries. Peter becomes the amazing Spider-Man to fight crimes.

Plot Outline: While on a field trip at Parker Industries, teenage Peter Parker was bitten by a radioactive spider while during at Parker Industries. After That, Peter and the Parkers returns home and only discover that Peter has gained spider powers and becomes the Amazing Spider-Man. The next day, Peter discover that his Uncle Ben was killed by a serial killer named Dennis Carradine. Peter goes as Spider-Man to chase and kill him. After finding his uncle killer, Peter learns that "With great powers that that also come with great responisibility" and Peter decides to be a beloved hero. The next day, Peter goes on a date with Mary Jane on a Friday date. But, A man in a Scorpion-Suit who was a scientist at Parker Industries named MacDonald "Mac" Gargan and vow vengeance on Ben Parker for not saving his life and was thought to be dead 3 years ago. But, he only finds that Ben Parker was already killed and Peter goes as Spider-Man to faces his own supervillain. During the fight, Captain George Stacy saves Spidey's life from Scorpion before he can even kill him. Spider-Man punchs Scorpion in the face and Gargan goes to Ryker's Island. Spider-Man is now a beloved hero of New York City.

Plot Outline: While on patrol, Spider-Man battles a man in a fishbowl on his head named Mysterio who challenges him to a duel to the death. Meanwhile at Parker Industries, May Parker and Otto Octavius decide to work on a project. During that, Spider-Man and Mysterio battle at Parker Industries. The two keep on fighting. During that, Mysterio accidently disrupts Otto's project. May and Spidey escapes, but Octavius was trapped. The two discover that Mysterio escaped and Otto's robotic arms was fused to his nervious system. Otto begins to attacks Spider-Man which he naming himself, Dr. Octopus. Octopus escapes and now, Spider-Man must stop his two new arch-enemies. While attempting to find them, Mysterio runs into Dr. Octopus. The two team-up and bet on killing Spider-Man. May created a suit which the suits are Big Time Spider Suits. Peter used the Big Time Teleportal Suit to fights both Doc Ock and Mysterio who are in Oscorp. Spidey Teleportal in Oscorp and fights the two villains. Spidey teleports them to Ryker's Island. Which Spidey shuts off Octavius' arms and punches both Mysterio and Ock in the face. Spidey Teleportal goes back to Parker Industries.

Plot Outline: As life as Spider-Man is great for Peter Parker. He gets Gwen on a date, Meeting his guardian angel who is a S.H.I.E.L.D. agent named Jennifer Hathaway, Aunt May created another Big Time Spider Suit know as the Bug Time Stealth Suit. Peter and May decide to created more suits. But this will take a long time to make more. The next day, right after school, Peter goes as Spidey, but he encounters a man with gauntlets that can could emit sonic vibrations, a master of disguises and a russian hunter who team-up and plan to kill Spider-Man.

Plot Outline: Spider-Man must stop a former Parker Industries scientist who gets electrokinetic powers and become insane with his powers. Spidey's aunt, May Parker created another Big Time Spider Suit to take Electro. The third Big Time Spider Suit know as the electricity-proof suit for Spidey to stop Electro from draining all the power in the city and the world.

Plot Outline: After school, Peter goes as Spider-Man to go home. But encounters a man who seems like a normal bank robber. But he has sand powers and calls himself, the Sandman. Spidey and Sandman fight at the beach. Tomorrow, Peter tells his aunt about this. May lefts Peter to used the Big Time Teleportal Spider Suit, again to stop Sandman's reign of terror. Peter agees. The next day at the beach, Spidey fights the Sandman and teleports him to Parker Industires which May and the scientists promise to find him a cure. But Flint asks "There is no cure for ME!!!" Flint goes crazy and Spidey teleports him to The Vault which he meets Nick Fury who knows Spider-Man's secret identity which Sandman learns and the SHIELD agents use water to take down Marko and used a memory loss machine which makes Flint forget his learn Spider-Man's secret identity. Peter thanks Nick for stop Sandman and make him forget he know about his alter-ego. Spidey teleports back to Parker Industries.

Plot Outline: Norman Osborn is transform into the madman Green Goblin and plan to kills Spider-Man, Once and for all. Spider-Man and Harry are working on a care for Norman before it's two late.

Plot Outline: Dr. Octopus, Mysterio, Electro, Kraven the Hunter and Scorpion escapes from Ryker's Island with Chameleon's help. Than, they formed a alliance know as the Sinister Six. Will Spider-Man survive from the warith of the Sinister Six?

Plot Outline: Spider-Man discovers that his greatest arch-enemy, Venom is back and this time, his plan on killing everyones his loves and care about. Will Spidey stop this madness, once and for all? Meanwhile, Aunt May, Gwen and MJ both know aobut Spider-Man's identity and try to keep its a secret from Venom.

Plot Outline: Spider-Man must find the true secrets of what happens to his parents which his begins his greatest adventure of all. 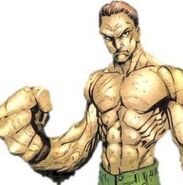 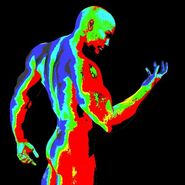 Add a photo to this gallery
Retrieved from "https://marvelcomicsfanon.fandom.com/wiki/Spider-Man_Evolution?oldid=236114"
Community content is available under CC-BY-SA unless otherwise noted.