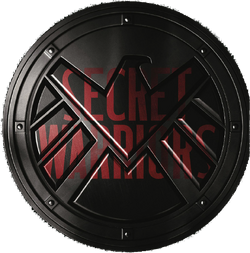 Daisy Johnson and Phil Coulson realized after the War against the Inhumans that the world was filled with powered people who could be recruited to S.H.I.E.L.D., not only to benefit the organization but to help them feel as if they "belonged". They started the Caterpillars program to find, train, and have these individuals fight for good. Andrew Garner was asked to be the team's psychologist to evaluate mental combat readiness and the Cocoon was the training facility.

Eventually, Joey Gutierrez decided to be a member of the Secret Warriors after learning control over his powers. Lincoln Campbell, after helping S.H.I.E.L.D. to realize that Garner was the Inhuman killer dubbed Lash, joined the team on Coulson's request.

Alphonso Mackenzie, as acting director of S.H.I.E.L.D., officially activated the Secret Warriors to assist the organization in attacking the HYDRA Castle, a known HYDRA base which had the Monolith, a portal that was to be used to bring It to Earth.

Joey Gutierrez and Lincoln Campbell met as the other agents in the Playground prepared the Zephyr One for an Attack on the HYDRA Castle. Gutierrez, being new, wondered why they were chosen for this mission; Campbell snidely remarked that they were all S.H.I.E.L.D. could muster. Acting Director Alphonso Mackenzie overheard the conversation and revealed that, as Inhumans, the two of them had powers, while the other agents, except Daisy Johnson, did not. Talking directly to Campbell to counter his attitude, Mackenzie spoke of them fighting to stop HYDRA or leaving now to allow their foes victory. Campbell did not respond; he entered the aircraft as Gutierrez nodded his approval and followed. As Melinda May told Mackenzie that he gave a good inspirational speech, Johnson gave the acting director a fist-bump as they boarded.

On their way to the HYDRA Castle, Daisy Johnson discovered that HYDRA brought a dozen Inhumans inside Suspension Gels. Alphonso Mackenzie explained his plan, that one team would search inside the castle for Leo Fitz or Jemma Simmons, while another team would take control of the portal chamber. Johnson also discovered an aqueduct that led into the castle. As they arrived, Joey Gutierrez used his powers to melt the bars of the aqueduct. Mackenzie ordered the Secret Warriors and Melinda May to find Fitz or Simmons. They hid in the field of the castle, when Johnson warned them of Giyera, who was patrolling the area. Johnson also had to calm Lincoln Campbell and Gutierrez. May commented that the field was too bright, and that they would be easily spotted, so Campbell used his power and turned the electricity off. Once they entered the castle, Johnson attempted to hack into HYDRA's computer systems; Gutierrez spotted Giyera attempting to shoot her, so he ran into the path of the bullets and melted them before they penetrated his skin. Campbell then fired a blast of electricity at Giyera which knocked him down, and Johnson insisted they move before HYDRA could find them.

May found Simmons, and they reunited with the rest of their S.H.I.E.L.D. team, all gathering in the portal room. Gutierrez and Lance Hunter went to reinforce the doors to prevent HYDRA from entering. Simmons then explained that Gideon Malick had sent Fitz and Grant Ward to Maveth in order to find the ancient HYDRA leader, Hive, and bring him back to Earth. Campbell was afraid of this creature and tried to convince his teammates to destroy the portal, but they denied him, saying that they had to make sure Phil Coulson and Fitz would return safely to Earth. Later, Mackenzie ordered his agents to return to Zephyr One and blast the castle if Hive or HYDRA entered the room. While they returned to the plane, Johnson stayed with Mackenzie in the room. As the portal reopened, Johnson fainted from the vibrations, but Coulson and Fitz managed to return, and they used the Containment Module to return to Zephyr One.

After a weaponry abduction incident in Bogotá involving an Inhuman occurred, Daisy Johnson and Joey Gutierrez came to the National Police of Colombia station and talked to Victor Ramon about it. Alphonso Mackenzie then was kidnapped by the Inhuman, so Johnson cheeked the security cameras and found out that the Inhuman had super-speed abilities. She broke in the Inhuman's apartment and arrested her.

In Zephyr One, the team learned that the Inhuman was Elena Rodriguez. She explained to them that she did not want to use the weapons, but to get rid of them so the police stop using them. Nekhene and Lance Hunter were taken by the police to the station. Mackenzie convinced Rodriguez to help them fight against them. Johnson, Gutierrez and Rodriguez used their powers together to fight the policemen, destroy their weapons and capture the Inhuman Lucio. However, as the team went with him to the custody, an HYDRA QuadCopter flew over them and took Lucio. Later, Johnson and Mackenzie agreed they should join Rodriguez to the Secret Warriors, but since she refused, Mackenzie gave her a device so they could communicate. Gutierrez took a time out from S.H.I.E.L.D..

On the way back from visiting Hellfire with Lincoln Campbell, Daisy Johnson discovered that the Zephyr One was taken by Giyera by a wounded Melinda May who contacted them via radio. Since the plane was stolen and brought to Gideon Malick's headquarters, Johnson flew to Colombia and Miami with a Quinjet to pick up Elena Rodriguez and Joey Gutierrez, respectively.

Once the team was assembled, Johnson gave the team a speech to prepare them for the mission to come, and then the Secret Warriors parachuted into the nearby HYDRA base. Once landed, Agent Johnson used her powers to break through the walls of the base. Once the team was inside, Johnson ordered the Warriors to split up, with Campbell and Johnson going their own way, and Gutierrez and Rodriguez teaming up together. Rodriguez rescued the S.H.I.E.L.D. agents, Campbell was tasked to capture Gideon Malick, Johnson fought Giyera, and Gutierrez killed Lucio. The team soon escaped in the Zephyr One.