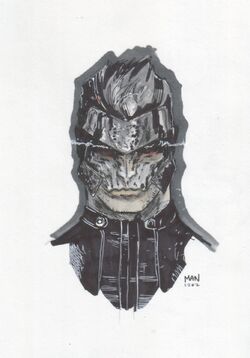 What is your bidding, my Master?

Scott Summers was once the valiant and respected leader of the X-Men. However, after leading his team in the battle against Thanos, he effectively met his end.

Scott was taken prisoner and tortured endlessly until his will was broken. Thanos took a special interest in him, and took him in as his "pet" Basilisk. Keeping him on a tight leash, Thanos uses the Basilisk as one of his primary enforcers.

Retrieved from "https://marvelcomicsfanon.fandom.com/wiki/Scott_Summers_(Dimension_0)?oldid=263470"
Community content is available under CC-BY-SA unless otherwise noted.