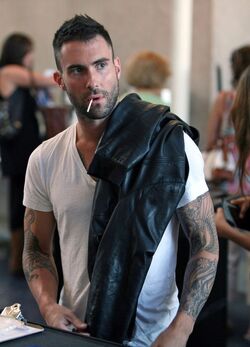 "I try to forget the bad memories of my life... but, memories are memories, they don't go away."

Born in Anaheim, CA, 1983, Sam was born to Donald Reddington III and Sandra Reddington. Sam's family was rich, due to the fact that his Father was a multi-billionaire, and owner of Reddington Industries, a long time rival of Stark Industries. Sam had a thing for Technology, which led him to winning the 3rd Grade Science Fair. Over the years, he grew up to be a very talented young boy, but his Father wasn't very pleased....

At the age of 16, Sam's mother committed suicide. But later, he found out that his Father had killed her when he was drunk. Sam was devastated, and he sold him out to the Police. As a result, his Father was sent to Death Row,and Sam gained control of Reddington Industries.

Retrieved from "https://marvelcomicsfanon.fandom.com/wiki/Samuel_Reddington?oldid=48417"
Community content is available under CC-BY-SA unless otherwise noted.