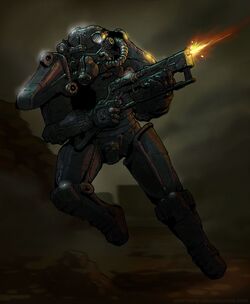 Single
Occupation
Inventor
High School Student
Education
Australian National University
Origin
Origin
Samuel Hayden discovered his innate ability to understand technologies during his younger days during his early years in primary school. Following his love for engineering and tech, he discovered he is capable of inventing much like his hero, Tony Stark. When he reached high school, he is currently studying in T.A.F.E in engineering and technology, including Ancient History, English, Math, Geography medicine and Music.
Place of Birth
[[John Hunter Hospital]]
Creators

Samuel Hayden was born in 1998 in Australia at John Hunter Hospital to Gregory Hayden and Ritsu Hayden. When Samuel was only a infant, his father was a highly skilled agent for the U.S Government, trying to get important information on Hydra since the U.S believes they are still in operation somewhere in Russia. However, his father was killed by a unidentified entity, along with Ritsu with unknown cause. Now an orphan, he was taken in by the school's doctor, John Smith. For the next years leading to his high school, he been learning in a lot of subjects, specifically engineering and medicine.

Samuel possess below average strength, but with the Aelion Prototype Armor on, he total strength increases where he can exert several-tenth times his weight

Retrieved from "https://marvelcomicsfanon.fandom.com/wiki/Samuel_Hayden_(Earth-160)?oldid=199357"
Community content is available under CC-BY-SA unless otherwise noted.