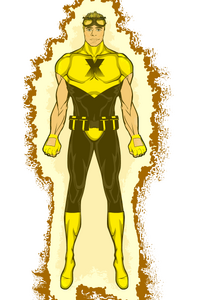 Cannonball possesses the normal human strength of a young man of his age, height, and build who engages in moderate regular exercise. However, when he uses his powers to apply thrust beneath him, the force thus generated enables him to bear aloft over a ton of weight in addition to his own.