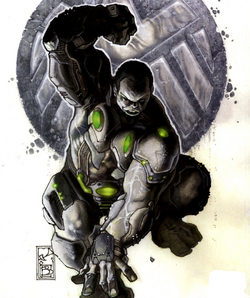 Why does everyone think I'm going to be a nudist? That's my dad's thing, not mine. I like not having my junk hang out in the field.

Present is the Past

Retrieved from "https://marvelcomicsfanon.fandom.com/wiki/Samuel_Banner_(Earth-666227)?oldid=236459"
Community content is available under CC-BY-SA unless otherwise noted.