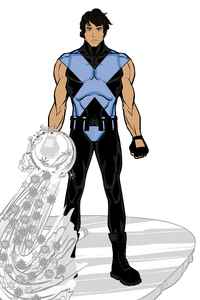 While in human form Iceman possesses the normal human strength of a man of his age, height, and build who engages in moderate regular exercise. While in his ice form he is able to augement his strength

Like that of any trained athlete, the Iceman's ability to perform is directly related to his daily physical health and current mental state. Under normal conditions, he can usually form ice continually for a period of about 5 hours before becoming exhausted.

Retrieved from "https://marvelcomicsfanon.fandom.com/wiki/Robert_Drake_(Earth-515)?oldid=53285"
Community content is available under CC-BY-SA unless otherwise noted.