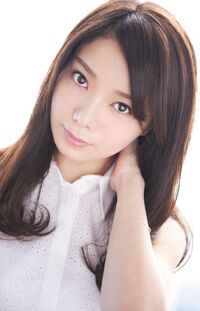 Reach for the stars!

Stargirl was born Rina Yoshida to Shiro Yoshida, a.k.a. Sunfire, and Emiko Yoshida, the younger twin sister of Ryouichirou Yoshida, who dubbed himself Sunfire after their father. Like her brother, Rina's mutant powers began to surface when she was a child, and she revealed her powers when she was eight while she was playing with some kids and she accidentally shot a beam of star energy, destroying a playground. This caused the parents to quickly take their children away from her after discovering that she was a mutant and some kids began to bully her because of it.

Due to the bullies picking on her, which eventually led Ryou to unleash his powers on them for harassing her, Rina began to feel insecure, believing she wasn't normal like the kids around her. However, Shiro revealed to her that he is also a mutant and showed his powers to her, letting her know that there's nothing to change the fact that she was born a mutant.

Since then, Rina began to accept her mutant nature, and slowly started to embrace her new abilities, with the help of Shiro guiding her to master them fluently. She began to learn how to control the light of the stars and even learned how to fly and even shoot starlight projectiles.

However, she soon discovered that Ryouichirou had attacked one of the bullies' fathers after he started beating up their father, which led to him running away from home. This prompted her to help them find Ryou with her new powers, to no avail, until much to her relief, Ryou was found by Professor X and they were both given the offer to attend the Xavier School for Gifted Youngsters and she fully accepted.

During her first year, Rina fit in almost immediately, making friends who were mutants just like her and she even became captain of the all girls' volleyball team. She began to improve her powers, performing different abilities that Shiro never taught her before, under the training of Professor X. Due to her powers, people began to call her Stargirl, a name which Rina started to embrace.

Stellarkinesis: Rina has the ability to generate and manipulate stars and star energy from the celestial body. She can perform different abilities such as stellar bolts or just simply performing different tricks just to wow her peers for show.

Equipment: Her X-Suit
Transportation: None
Weapons: None

Retrieved from "https://marvelcomicsfanon.fandom.com/wiki/Rina_Yoshida_(Earth-7090)?oldid=260140"
Community content is available under CC-BY-SA unless otherwise noted.