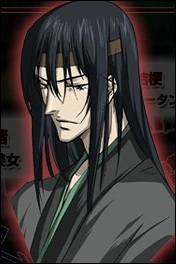 Riley is like most other mutants in he’s generation, but he has the gift to become one of the most powerful mutants to have walked the earth. Due to he’s original mutant power Empathic Mimicry Riley can mimic any other mutant’s power. Professor X knew that if Riley was left without guidance he could bring the end to the world as we know it, so the professor put a mental block on Riley’s limitations.

Being a mutant during the time of the Sentinels was stressful enough Riley had only been at the x-men school for a few weeks. So when the Sentinels attacked the school Riley had no choice but to try and defend it. The Professor had let him meet a few of the X-Men prior the attack so he had mimicked Wolverines mutant powers along with Emma Frost’s Telekinesis, and Shadowcat’s ability to walk through walls. Riley was able to take down all but one sentinel which escaped taking some of the other students. The X-Men returned to see Riley lying on the rumbled floor of the school.

Riley and Laura had met when they both was sent on the same mission to protect Senator Kelly The Dark League. Riley rescued her from near destruction at the hands of Apocalypse.

Empathic mimicry is the ability to duplicate the abilities of other Mutants within proximity and reproduce them at will.

Mimicked from The Jedi

Muscle mimicry (also called adoptive muscle memory) is the ability to perform any action that Infinite Man has seen. Riley used this ability to copy other people’s moves, after seeing the actions performed once. Riley is able to access any of the abilities he's copied at any time he wants, and has been shown to access them both instinctively (often without realizing it) and with perfect recall and execution each time. This ability cannot be used to replicate the powers of other post-humans, only to reproduce the reflexive muscle movements made by experienced perpetrators of the actions.

Being an omega level mutant, Riley's full strengths are unknown, but he is known to have lifted well over 100 tons. Riley has also been known that he can Teleport large objects with him (i.e if he wanted to teleport a building he could)

Equipment: Infinite Man Suit: The appearance of the suit has changed over time, but has retained its abilities; This uniform has the ability to absorb vibrations via its vibranium lacing, it can negate and/or lessen powerful kinetic based attacks such as bullets shots, penetrating blades, and crushing blows. The lenses in the mask cut glare and enhance Infinite Man's natural night vision, then lenses also allows him to see in infra-red and other visual spectrum. The suit features:

Transportation: When Riley don't teleport he drives a Nissan Skyline car.
Weapons: Due to Riley being a sword master he owns a sword, but he hardly ever uses it.

Retrieved from "https://marvelcomicsfanon.fandom.com/wiki/Riley_O%27Rourke_(Earth-2210)?oldid=253238"
Community content is available under CC-BY-SA unless otherwise noted.