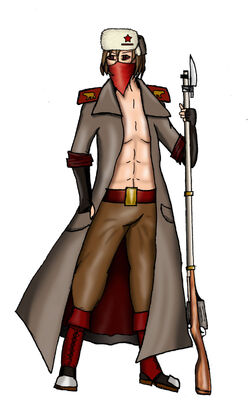 Mutants that appeared in the present day on Earth-616 began appearing in the past of Earth-7431. Many started appearing in the era of Napoleon. He drafted these mutants into his X-Force team. Remy LeBeau was noticed as a mutant, and joined Napoleon's team. His powers were unknown, but he was a valuable fighter in overtaking the minor country known as the United States through the Virginia Purchase. One day, his powers manifested: he was able to manipulate an object's kinetic energy with explosive results.

Retrieved from "https://marvelcomicsfanon.fandom.com/wiki/Remy_LeBeau_(Earth-7431)?oldid=63903"
Community content is available under CC-BY-SA unless otherwise noted.