Time to blow stuff up.

Gambit has always used his mutant powers to get by as a thief, and was eventually recruited by the Brotherhood of Mutants. However, he would later go on to change his ways and join the X-Men, becoming one of the heroes recruited by Nick Fury to join the Ultimate Alliance and fight the Cabal. 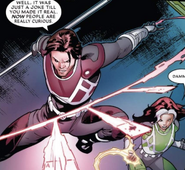 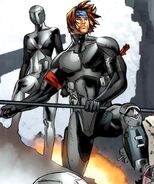 Horseman of Death
Add a photo to this gallery
Retrieved from "https://marvelcomicsfanon.fandom.com/wiki/Remy_LeBeau_(Earth-6110)?oldid=252014"
Community content is available under CC-BY-SA unless otherwise noted.