I knew the risks going up there. But nevertheless, I would've much rather this happen to me than her.

Reed Richards is the smartest man on Earth. His parents never appreciated his genius, and his father often abused him. He was able to escape from his family by receiving a full ride to Harvard, where he met Susan Storm. The two of them would eventually voyage into space to study cosmic rays, but returned to Earth forever changed. While Susan was gifted with fantastic powers, Reed was mutated into a creature of orange rock, dubbing himself the Thing.

When S.H.I.E.L.D. formed the Avengers Initiative, Reed and Sue were some of the first heroes recruited, as they both felt they needed a place to belong. When the Avengers left S.H.I.E.L.D. to work for Tony Stark, Reed was hesitant, having had a complicated history with Stark. But he conceded, and agreed to accompany his team. 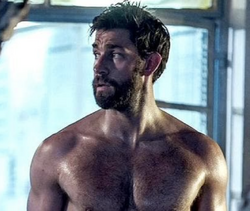 Retrieved from "https://marvelcomicsfanon.fandom.com/wiki/Reed_Richards_(Earth-1420)?oldid=244604"
Community content is available under CC-BY-SA unless otherwise noted.