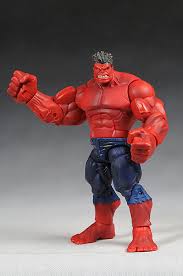 With every great battle you fight eventually it ends there's either a winner or loser.

Winning is pride, losing is pride, but this battle with the outdated Avengers will be won by The New Avengers.

The Avengers eventually got out of hand and have started showing off; making toys of themselves. This causes them to become the Earth's Arrogant Heroes and as a result; it leads General Ross' to make unnecessary remarks towards Hulk, he was beaten to almost to the point of death in public. Eventually though; Hulk, now as Bruce Banner and gave the injured general a blood transfusion which not only saves his life, but causes him to gain the abilities of the Hulk and more. Eventually though; the Avengers fought him and managed to place him in a high tech S.H.I.E.L.D prison, but was later changed back into Ross. They had to release him; but he eventually turned himself back into the Red Hulk on purpose. Ever since then the avengers kept fighting/teaming up with Red Hulk. The Red Hulk has been on and off S.H.I.E.L.D./Avengers and joined many different teams in the past but he usually works solo at one point he starts a new government industry called R.O.S.S.

Retrieved from "https://marvelcomicsfanon.fandom.com/wiki/Red_Hulk_(Earth-915)?oldid=44452"
Community content is available under CC-BY-SA unless otherwise noted.