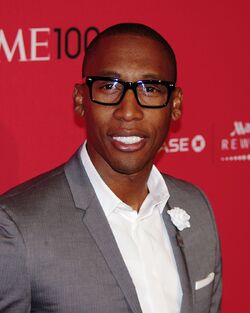 He and D'Angelo were occasional members of The Ummah, a music production collective, composed of members Q-Tip and Ali Shaheed Muhammad of A Tribe Called Quest, and J Dilla of the Detroit-based group Slum Village. He is also a co-founder of independent video game developer IllFonic.

Retrieved from "https://marvelcomicsfanon.fandom.com/wiki/Raphael_Saadiq_(Earth-1010)?oldid=193288"
Community content is available under CC-BY-SA unless otherwise noted.