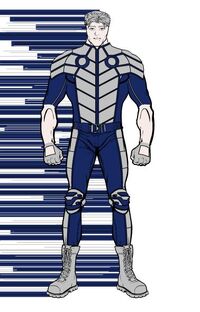 Petrus possesses superhuman strength in his lower body as part of his body's adaptations for running. With his upper body he can lift (press) approximately 1000 pounds while his legs can press approximately 1 ton under optimal conditions.

Retrieved from "https://marvelcomicsfanon.fandom.com/wiki/Petrus_Lehnsherr_(Earth-515)?oldid=171340"
Community content is available under CC-BY-SA unless otherwise noted.