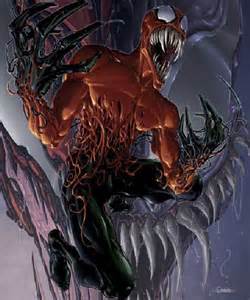 No Hair as Toxin

Little is known about Toxin's life before the Secret Invasion. It can be assumed to be similar to his mainstream counterpart.

Toxin discovered a Maggia operation going down in downtown Manhattan. After it is dealt with by one of their squads, he decided to join the Ultimate Alliance.

The UA attempts to contact the Fantastic Four to help them against the Skrulls & to create something to identify Skrull impostors from humans. However, after 2 failed attempts to radio the Baxter Building; a squad composed of Toxin, Spider-Man, Electro, and Deadpool is sent once again for investigation. Getting inside, the team reaches the 35th floor; only to discover a captive Fantastic Four, their captors of course being the Skrulls. After besting them and a re-purposed Dragon Man android, the team frees the Four and escape.

He is a police officer and has had formal training.

Retrieved from "https://marvelcomicsfanon.fandom.com/wiki/Patrick_Mulligan_(Earth-6109.2)?oldid=158413"
Community content is available under CC-BY-SA unless otherwise noted.