Paragon Comics is a fictional comic book company founded by BeholdtheVision. In October of 2016, BIONICLEToa took over as Editor in Chief. The company went on hiatus in 2017. It is slated to return in 2018 with the Paragon2 initiative, starting again in Spring 2018. If you would like to join Paragon Comics speak to one of the writers or the Chief, and we will brief you. If not, see below for series, characters, and archives.

Plagued with paranoia and insecurity, Maya isn't able to let the past go, and has become obsessed with investigating the man responsible for her parents' deaths: Jackson Clemens, an infamous living horror story. Unable to come to terms with his mere imprisonment, Maya and her only ally, Harry Dalton, won't rest until they see proper justice, but there may be strange arcane powers beyond their knowledge at play.

For the full scoop on our coming series, visit FanCon 2019!

For cancelled series, go to the Archive

Check out the Character Gallery (tbc)

Contender #5
Add a photo to this gallery 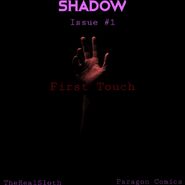 Contender #3
Add a photo to this gallery

Starlight #9
Add a photo to this gallery

Pathogen #1
Add a photo to this gallery

Retrieved from "https://marvelcomicsfanon.fandom.com/wiki/Paragon_Comics?oldid=249449"
Community content is available under CC-BY-SA unless otherwise noted.