Ororo Munroe grew up in an impoverished African village where she was treated like a goddess, due to her ability to control the weather. This would eventually attract the attention of Charles Xavier, who recruited Ororo onto the X-Men, where she became the superhero Storm. She would later go on to marry the King of Wakanda, the Black Panther, and joined her teammates after being recruited by Nick Fury to fight against the Cabal. 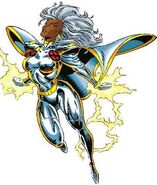 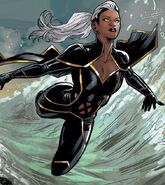 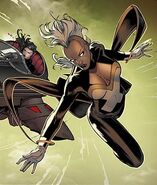 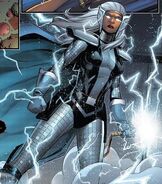 Age of Apocalypse
Add a photo to this gallery
Retrieved from "https://marvelcomicsfanon.fandom.com/wiki/Ororo_Munroe_(Earth-6110)?oldid=252311"
Community content is available under CC-BY-SA unless otherwise noted.