I will never let the forces of evil extinguish the light this universe has to offer.

Norrin Radd was a simple family man whose life was upended when Galactus came to his home planet of Zenn-La. In order to save his people, Norrin became the Silver Surfer, the Herald of Galactus. However, after encountering the heroes of Earth, he came to realize that he was complicit and must betray Galactus. He then dedicated himself to using his power cosmic to balance the scales of the universe back towards the light. When Doctor Doom and Thanos began amassing items of great power from across the universe, the Silver Surfer stepped forward and joined the Ultimate Alliance to fight against them. 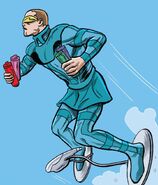 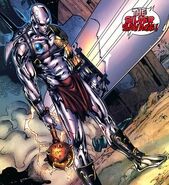 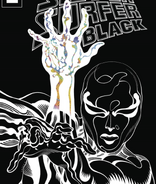 Black
Add a photo to this gallery
Retrieved from "https://marvelcomicsfanon.fandom.com/wiki/Norrin_Radd_(Earth-6110)?oldid=252543"
Community content is available under CC-BY-SA unless otherwise noted.