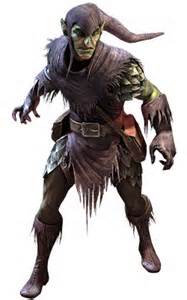 Red, formerly Auburn
Unusual Features
Huge scar in the middle of his chest, which he gained after he was impaled by his own glider
Status
Citizenship

Little is known about the Green Goblin's life before the Civil War. It can be assumed to be similar to his mainstream counterpart.

When the Civil War broke out, Green Goblin was captured by S.H.I.E.L.D., and was injected with nanites, forced to do the Pro-Registration force's bidding. When Iron Man tricked the Anti-Reg forces into coming to an isolated chemical plant, Goblin and the four other Nanite-controlled supervillans turned against the Pro-Reg forces. He and Venom blew up the plant, but Nick Fury saved the Ultimate Alliance from the blast. Later, during the Nanite siege of Wakanda, Green Goblin teamed up with both Venom & the Hobgoblin to attack the Black Panther's palace. After the fight, the Ultimate Alliance freed the three from the nanites, and recruited them to the team. After the Fold was defeated, Osborn and the other two were taken into S.H.I.E.L.D. custody.

Retrieved from "https://marvelcomicsfanon.fandom.com/wiki/Norman_Osborn_(Earth-6109.2)?oldid=182425"
Community content is available under CC-BY-SA unless otherwise noted.