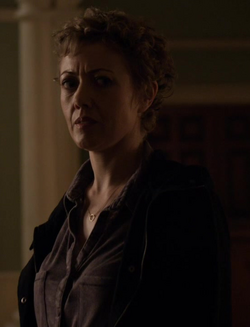 Agent Noelle Walters was a S.H.I.E.L.D. agent serving under Director Phil Coulson. Agent Walters was placed in charge of the team stationed in the Netherlands. After a squad of Hydra operatives attacked the United Nations while disguised as S.H.I.E.L.D. agents, Director Coulson told her to be on her guard. Agent Walters' team was later tasked with protecting Julien Beckers, a Belgian foreign minister who spoke out against Senator Christian Ward's crusade against S.H.I.E.L.D. However, Beckers was secretly a Hydra agent, and when Agent Walters' team arrived in Bruges to protect him, Hydra killed them all.

Retrieved from "https://marvelcomicsfanon.fandom.com/wiki/Noelle_Walters_(Earth-1010)?oldid=107795"
Community content is available under CC-BY-SA unless otherwise noted.