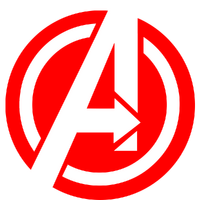 Earth-5055, or also known as New Earth-4045 (editorially, New Earth-4045), is a rebooted version of Earth-4045, and takes in a different approach. Instead of making ordinary comics, the media of this universe is through animation feature-movies. Like Earth-4045, this universe uses a more unique perspective on using the heroes, interpreting them differently, although not all of them.

Like the MCU, the animation movies of New Earth-4045 are single-movies that'll lead to bigger events in the future, later on. Each movies are connected, one another, and like any other Marvel Movies, there'll be post-ending sequences. All the movies are made by 50A Productions. For this universe, no character real names will use "amalgamation names", which confuses the audiences.

Retrieved from "https://marvelcomicsfanon.fandom.com/wiki/New_Earth-4045?oldid=149318"
Community content is available under CC-BY-SA unless otherwise noted.