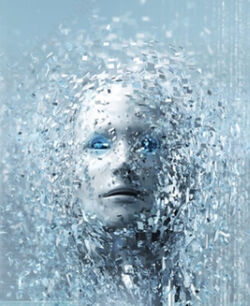 I am designed only for Conquest. I have no sympathy for you purely because you created me. You, of all people, should know this.

The Mental Organism Designed Only for Conquest was created by AIM’s Scientist Supreme George Tarleton. It’s sole purpose was to act as AIM’s counter to Iron Man’s J.A.R.V.I.S. AI system.

Dubbed M.O.D.O.C., it quickly proved to be a formidable and capable computing system. Monica Rappaccini even came to value the system over Tarleton himself. After his death during the Power Stone incident in Nevada, Monica became M.O.D.O.C.’s one and only handler. Since then, the system has become instrumental in keeping AIM alive following the Avengers cracking down on them.