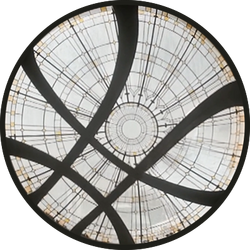 The Masters of the Mystic Arts were first founded in Earth's ancient history by Agamotto. Following his discovery of other dimensions, Agamotto found ways to draw power from these alternate universes to create magic spells. However, realizing that these new dimensions also introduced the possibility of the world being threatened by extradimensional threats, Agamotto formed the Masters of the Mystic Arts as a league of magic practitioners, dedicated to learning magic so to safeguard the Earth from dimensional evils.

The greatest multidimensional force to ever threaten Earth was Dormammu, ruler of the Dark Dimension, who sought to absorb the Earth Plane into his own. To aid in their mission, the Masters created three sanctums in New York City, Hong Kong, and London which generated a mystical ward that kept Dormammu from passing through to the Earth Plane.

One of the Masters, Wong, had been tasked with locating and securing the Dark Scepter by the Ancient One. An object of immense power, the Scepter had been stolen by a woman who had grown scornful against the world. Wong tracked her down to London and attempted to take the Staff from her. However, the power of the Dark Scepter proved to strong and the woman managed to escape. Back at Kamar-Taj, Kaecilius scorned Wong for losing the woman and the scepter, but Wong insisted that with the power that the woman possessed with the Scepter, the situation should be handled more reverently.

Kaecilius claimed Wong's concentration on his own failings was the reason the mission was not a success. Fellow Masters of the Mystic Arts members Daniel Drumm and Tina Minoru then arrived and told Kaecilius that Wong's trepidation should be a sign to be careful and heed his instincts rather than just insult him. When Kaecilius asked why they were not doing their other duties Drumm told him the the situation proved serious enough that more than one member of the order was needed to subdue the thief. Kaecilius refused and claimed that he could handle the thief himself. Wong, Drum, Minoru later arrived to find an unconscious Kaecilius who had been beaten by the thief, having underestimated the power of the Staff.

Kaecilius realized the others were right and decided to team up to stop the thief. Later at the Royal Observatory in Greenwich, the group confronted the thief. In a grueling battle, with their combined efforts they were able to overpower her and claim the Scepter. Wong put it with all the other mystical objects at the Sanctum Sanctorum.

In modern times, Master Kaecilius led a splinter group away from the Masters of the Mystic Arts, and made a pact with Dormammu that would see an end to the ancient order.

Retrieved from "https://marvelcomicsfanon.fandom.com/wiki/Masters_of_the_Mystic_Arts_(Earth-1010)?oldid=205182"
Community content is available under CC-BY-SA unless otherwise noted.