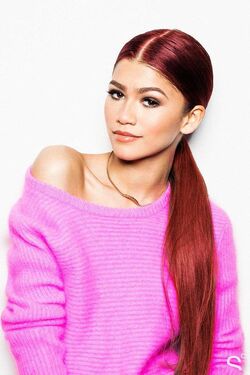 Earth-101
Base Of Operations
Her Dorm
Characteristics
Gender

Face it tigress, you just hit the jackpot.

Mary Jane Watson was abandoned by her father at a young age. She then moved to New York and was raised by her Aunt Anna. After attending High School, she decided she wanted to become an actress and a model.

However, she was encouraged by her Aunt to attend college as a backup. She decided to enroll in the same school as her best friend, Gwen Stacy, and began attending Empire State University. While there, they became friends with Peter Parker, Harry Osborn, and Flash Thompson.

When Gwen and Peter started working together at the ESU Labs, MJ started to feel distanced from her friend. This resulted in her going on dates with both Harry and Flash, despite not really feeling a romantic connection with either of them. Over time, she began to think there was something between Gwen and Peter and she started to become jealous, but she wasn't sure why. She believed it was because she had feelings for Peter, and tried to seduce him to see for sure. After he rebuffed her advances, she confronted Gwen, and discovered she was in love with her. Peter knew this, and didn't want to hurt Gwen by dating MJ.

Mary Jane didn't know how to react, and for a time her and Gwen's relationship was awkward. She threw herself into her acting in an attempt to distract herself, but eventually came to realize the reason she felt so awkward was because she couldn't process her own feelings. After the two of them shared a kiss, Gwen and Mary Jane agreed to give their relationship a try. Although, they were not too keen on being open about it yet, so Peter promised not to tell anybody.

[[Category: In a Relationship with Gwen Stacy Characters]]
Retrieved from "https://marvelcomicsfanon.fandom.com/wiki/Mary_Jane_Watson_(Earth-101)?oldid=249325"
Community content is available under CC-BY-SA unless otherwise noted.