Marvel Cinematic Alliance is yet another fan fiction live action and television cinematic universe by DuttPanda, based on the characters of Marvel Comics. Due to movie rights dispute, Dutt has once again put characters of disputed movie productions in one theatrical production.

Marvel's Damage Control
Add a photo to this gallery

Mutant X is based on the mutant storyline. A squad of mutant rogues, the Outcasts, consisting of Cyclops, Blob, Gambit, Rogue and Man-Thing, who are fugitives of the American government are on the hunt by numerous organizations who all have sinister intentions for the capture of these extraordinary individuals. Marvel's Supers! is a television series based on several storylines, many episodes and seasons are based on the Agents of SHIELD, to the Inhumans, to Black Panther and to other superhumans in Earth. Marvel's Asgard recalls the tales of Asgardian warriors and brings the cinematic front to a wider perspective; from space. Marvel's Damage Control is a television show with 30-minute episode, full of hilarity and action. This tells the story of the government specialized task crew, the Damage Control, that takes control of small superhuman events, takes charge of what happens after devastating battles, and more!

Marvel's Invaders
Add a photo to this gallery

Jessica Drew is a spy action thriller television show based on the Marvel character Spider-Woman, however, her name is not Spider-Woman, but rather she is named, the Queen. Thunderbolts is an action show based on the government task force, the Thunderbolts, made up of General Thaddeus Thunderbolt Ross, Wade Wilson, Marc Spector, Elektra Natchios, Amadeus Cho and Tigra. Invaders is a show in the 20th Century, telling the history of the team the Invaders, consisting of Blade, Morbius, Sabretooth, CP-370, Namor and Namorita and Agent Peggy Carter. 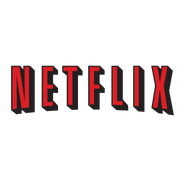 Marvel's Defenders
Add a photo to this gallery
Retrieved from "https://marvelcomicsfanon.fandom.com/wiki/Marvel_Cinematic_Alliance?oldid=126346"
Community content is available under CC-BY-SA unless otherwise noted.