Marvel: Fall of Heroes is a Marvel Comics fighting game made by ElectricMayhem. It is based partly on the Age of Ultron storyline, with several tweaks and some other villains integrated into the plot. It references the Negative Zone, and features many Marvel characters.

The evil A.I. Ultron has returned to Earth from his exile in the Negative Zone. Now he has gathered the villains of the Marvel universe to attack and distract the heroes, as he plans out his most sinister scheme yet... world domination... via time travel!

Characters who do not have to be unlocked.

X-23
Add a photo to this gallery

Characters wo must be defeated in story mode before you can play as them. 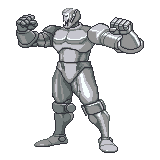 Ultron (final boss)
Add a photo to this gallery
Retrieved from "https://marvelcomicsfanon.fandom.com/wiki/Marvel:_Fall_of_Heroes?oldid=81511"
Community content is available under CC-BY-SA unless otherwise noted.