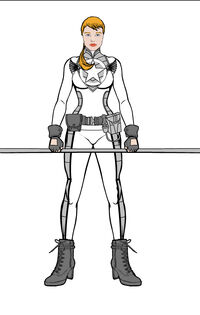 The Super-Soldier Serum metabolized and enhanced all of Carter's bodily functions to the peak of human potential and beyond. Dr. Reinstein described this potential as being "the next step in human evolution", while still remaining completely human.

He is capable of lifting 2 tons.

Retrieved from "https://marvelcomicsfanon.fandom.com/wiki/Margaret_Carter_(Earth-515)?oldid=128311"
Community content is available under CC-BY-SA unless otherwise noted.