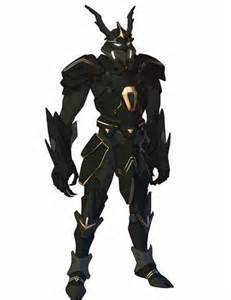 Unknown; has been called Khan, which may be his real name or another alias
Current Alias

Mandarin was the son of one of the wealthiest men in pre-revolutionary mainland China, who was the son of Genghis Khan and a noblewoman. Khan died upon their son's birth, and he was raised by his mother, who was passive for the West. She married a man named Shin Zhang, who was abusive and despised Mandarin's mother. One day, Mandarin stumbled upon an abandoned Makluan spacecraft, and found the crew's project for their government back on the Makluan homeworld: the Makluan rings.

Once Mandarin returned home with the rings: Zhang had killed Mandarin's mother. Putting on the rings, Mandarin killed Zhang. Since the rings were apparently not finished, Mandarin went insane with world domination as his only mindset.

Suspicious of Stark, Mandarin had the Tong investigate, and out of the cave came out Stark in the Iron Man MK1 Armor. Battling his forces, he managed to damage the armor, though Stark escaped.

Mandarin goes into a rage about Stark's escape and orders his men to initiate a revenge plan. He has a squad of Tong to distract Stark, while Mandarin constructs the Jericho missile. He makes an announcement that he'll launch the missile at New York City if the United Nations not surrender. Stark arrives and a battle ensues between the hero & villain. Rhodes secretly infiltrates the compound and shuts down the launch. However Mandarin incapacitates Rhodes & Stark, and initiates the launch. Stark manages to fire his repulsor blasts at the missiles, blowing it up. He then fires his the untested "Unibeam" at the Mandarin, knocking him out. Mandarin and the Tong taken in by S.H.I.E.L.D.

The Mandarin possesses superhuman physical prowess. The Mandarin can survive for years without food and water by living on stored Chi.

The Mandarin is a superb athlete with tremendous skill in the various Oriental martial arts. The Mandarin is one of the world's greatest scientific geniuses. Not only has he made himself into an authority on Makluan science, but he has also built upon this knowledge by making further discoveries based upon it.

The Mandarin is extremely knowledgeable on ancient history, specifically that of Asia and China.

Retrieved from "https://marvelcomicsfanon.fandom.com/wiki/Mandarin_(Earth-727)?oldid=208041"
Community content is available under CC-BY-SA unless otherwise noted.