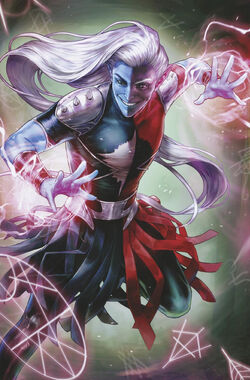 Oh what maniacal mischief we could make together.

The King of the Dark Elves, Malekith made it his life mission to make existence a living hell for the forces of Asgard, and those who fought for the light. Having been one of Odin’s fiercest enemy, he was banished to Earth, and his memory erased, cursed the wander the cold wilderness of Antarctica for an eternity.

However, when Malekith felt the Bifrost Bride being used to banish Thor to Midgard, he felt his old self come rushing back. From there, he hides his time, wishing to take his revenge on Thor and wreak havoc on Asgard.

He began to concoct a plan to manipulate the weak points between the Realms in an attempt to gain possession over the Aether, which would give him the power to overthrow Asgard. Eventually, he was able to manipulate Jane Foster into leading him straight to it, which allowed him to claim its power for himself.

He instantly became imbued with the power to manipulate reality itself, but was challenged by the combined might of the Avengers. He was eventually defeated, and the Aether extracted from his body. He was imprisoned in the dungeons on Asgard, where Odin could keep a close eye on him.

In the dungeons he remained, until Odom’s brother, the Serpent, returned and laid waste to Asgard. Malekith was freed and volunteered his services to the Serpent’s army. However, during the Battle of Tonsberg, he found himself locked in battle against the Valkyrie, who stabbed him through the chest before chopping his head off.

Retrieved from "https://marvelcomicsfanon.fandom.com/wiki/Malekith_(Earth-101)?oldid=250215"
Community content is available under CC-BY-SA unless otherwise noted.